Many of you may know that I used to attend a lot of live concerts. Especially during my years as a Frühead, I became accustomed to the following routine:

1. Rush out of work early/the second the clock strikes 5:00/skip work entirely.
2. Drive several hours.
3. Wait in line for a couple more, in all kinds of weather.
4. Get shuffled in to venue.
5. Stand for another hour, packed in like sardines, while waiting for opening act to begin.
6. Watch opening act.
7. Stand for another twenty minutes afterwards.
8. Jump/Dance/Cheer/Go nuts for two hours, while the main act plays, until exhausted and soaked in sweat.
9. Drive several hours home.
10. Collapse into bed.
11. Get up for work, and (more likely than not) do it all over again.

After Moxy Früvous stopped touring, my concert schedule became lighter and more staid. Paul and I still attended a decent number of live shows, but mainly in places like The Iron Horse in Northampton, where the lines were shorter and we spent the actual concert time sitting (relatively) comfortably in chairs at a table, where we were served food and drink. It was all very civilized.

Both of us have a fairly insatiable appetite for new music, so we’re always discovering new artists (while keeping up with the old). But more often than not, we never see them in concert, especially as our tastes have drifted further from obscure folk/acoustic acts and more towards alternative/indie pop, which tends to mean larger venues and higher ticket prices than we can justify for what’s become a fairly casual habit.

A year or so ago, we became aware of a NYC-based band called “fun.” They’ve got a lush, melody-driven aesthetic that fits in very well with our current tastes, carried heavily by powerhouse lead singer Nate Ruess. We gobbled up their debut album, Aim and Ignite, pretty ferociously. They were touring as an opener for Panic! At The Disco at the time (who we like as well), but it was hard to imagine getting to any of those shows. Large venues, high ticket prices, blah dee blah blah blah.
When we found out that fun. was headlining a tour of their own this year, that seemed pretty much just as impossible. After all, they’d had a song featured on Glee and some spectacular exposure in a Super Bowl commercial this year, so suddenly everyone knew who they were. But Paul discovered a show at a smallish (1000+) venue in the Albany area that still had (reasonably priced) tickets available, so we snatched some up. Yesterday, I took the day off work and we (along with our friend Liz) made the trek up to Northern Lights in Clifton Park, NY for our first all-stnading, general admission concert experience in a long, long time.

Things got off to a so-so start. We had an okay dinner at local sushi restaurant Mr. Fuji, located in a strip mall, just like everything else (apparently) in Clifton Park, including the concert venue. We killed time at local pet supply stores (foursquare’s promises of a friendly parrot at Benson’s Pet Center turned out to be a bust) and Ocean State Job Lots. The weather was frigid, the line was long, and we seriously could have been parents to pretty much everyone else there. We found ourselves a spot with a (questionable) view of the stage. The opening band eventually came on (Brooklyn-based Miniature Tigers) and they were… fine. Our legs and feet were sore. The crowd was oppressive. And all we could think was, “How on earth did we do this every night? How??” We felt old and just plain tired. I just had to make it a few more hours, I thought. I wished I was home, watching Battlestar Galactica.

Then fun. hit the stage. 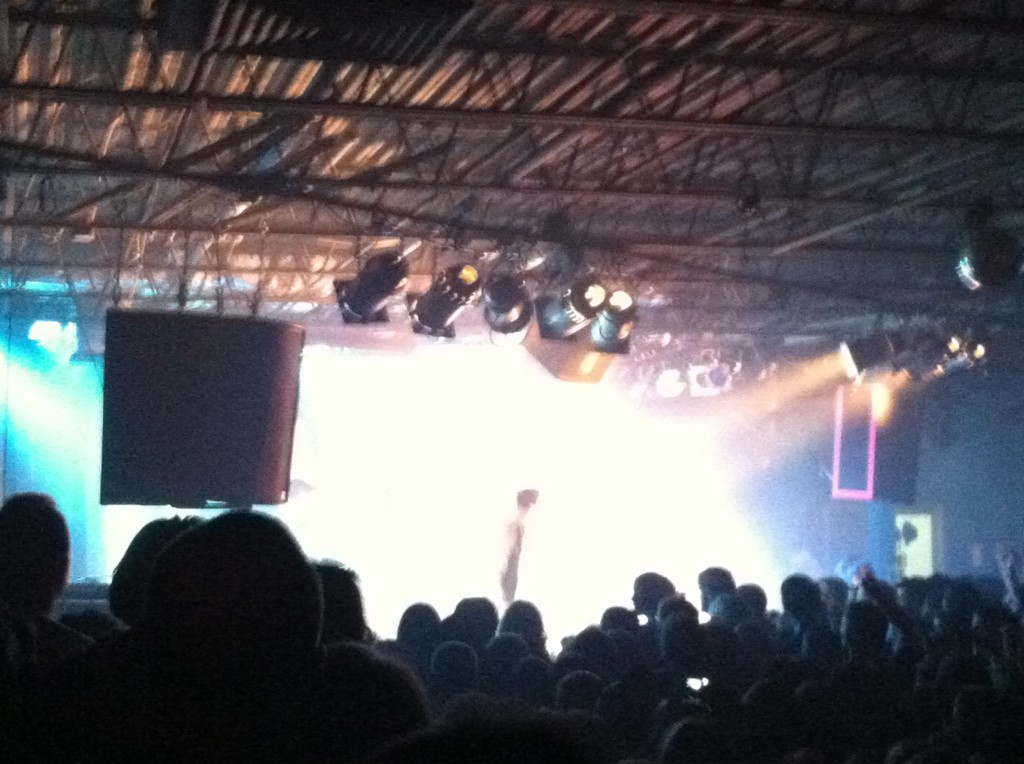 Nate Ruess bounded out on to the stage, bursting with kinetic energy and a sense of pure joy that swept us all up in a way I’m not sure I’ve ever really experienced before, at least not on that level.
I know it was simply the light that was too bright for my phone’s camera, but it felt like it was him. It was Ruess who was too bright to capture in something as restrictive as a still photograph. 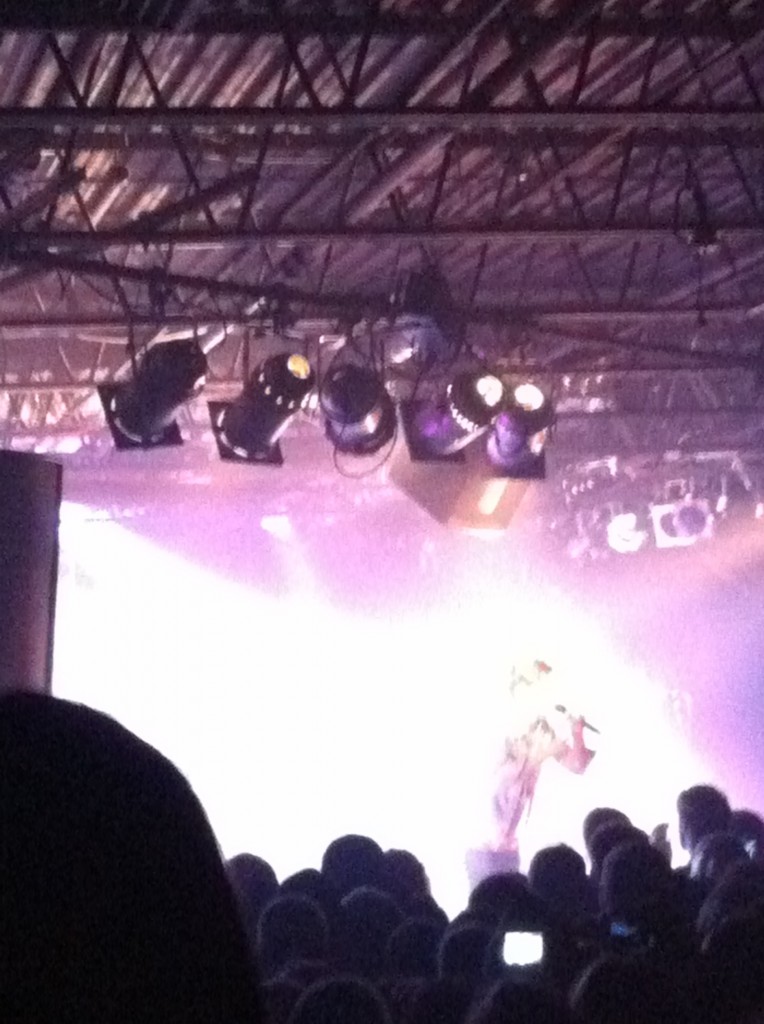 That brightness was something we could feel. It drew us in and somehow carried us all up to his level. We cheered, we sang, we danced, we became part of what was happening on stage, and I finally understood why we were there. I remembered how it was that we ever did this kind of thing in the first place.

It was mesmerizing and overwhelmingly uplifting. I never once stopped smiling through the entire performance. I thought of nothing outside of that moment, and that packed, sweaty, joyful room. As I told Paul and Liz afterwards, it was exactly the right thing for me to be doing a week before my 43rd birthday, because by the time Ruess had us all singing “We are Young” at the top of our lungs, I believed it. Tonight, we were young.

If you have the opportunity to see a live fun. show, do yourselves a favor and go. They need to be stars. They should be.

For more about fun., I recommend this CBC Radio interview with host Jian Ghomeshi (formerly of Moxy Früvous—how’s that for full-circle?) or visit their website.